#OnMondaysWeReadRomance
How do you feel about fated mates?
Tell me one of your go-to authors!
Do you read Contemporary Romance?
Are you ready for Monday?
Do you keep the original cover once you get a special edition?

This book was really interesting to me in that it had a lot of typical romance story characteristics, but it didn’t fall into the extremely over dramatic—don’t get me wrong there were a few things that could “only happen in a book,” but that didn’t take away from the story for me. It was a little long, but once I finished I saw why the author did what they did. I like the innocent mistakes Gavin makes, because they make him more real. I also enjoyed the contrast between him and Chris. And I loved Marlee’s sass! She has very normal ups and downs which I appreciated.

Gavin 🙂 That’s all I’ll say about that.

AND DONNY! I almost forgot about Donny, the loud mouthed and obscene agent. I loved him, and I just wanted more of his antics!

Overall, if you love to read romance stories, you’ll enjoy this read. It comes out September 11th of this year!

I received this ARC from the First to Read program through Penguin Random House in exchange for an honest review! 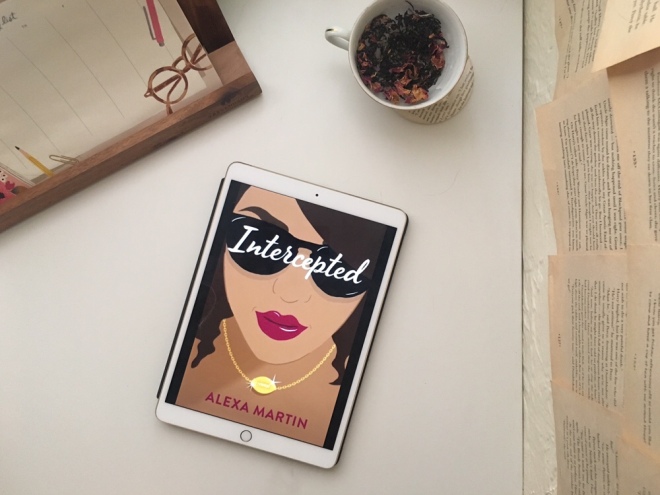 Marlee thought she scored with the man of her dreams only to be scorched by a bad breakup. Now there’s a new player on the horizon and he’s in a whole league of his own…

Marlee Harper is the perfect girlfriend. She’s sure had enough practice, dating her NFL-star boyfriend for the last ten years. But when she discovers her wide-receiver boyfriend has been tackling other women on the sly, she vows to never date an athlete again. Only one problem: Gavin Pope, the new hotshot quarterback and a fling from the past, has Marlee in his sights.

Gavin fights to show Marlee he’s nothing like her ex and what a future can be like for them. Unfortunately, not everyone is ready to let her escape her past. Gavin’s teammates’ wives, who never led the welcome wagon, are not happy with her return, and they have only one thing on their minds: taking her down. But when their gossip attack makes Marlee public enemy number one to the rabid fans of the team, she worries about more than just her reputation.

Fearing she’s causing Gavin’s life more harm than good, she tries to ignore the articles and the comments. However, when Gavin makes a life changing decision without her, she’s hit with the fact that she’s allowed herself to fall back into the back-seat life of an NFL girlfriend she promised to leave behind. Marlee must learn how to balance loving Gavin without losing the independence and respect she’s worked so hard to gain; otherwise their relationship may not survive the season.

Add it to goodreads here.

I usually read to escape, but this is BEAUTIFUL, WITTY book deals with real issues that are so very important. I enjoyed the alternating time perspectives, and the author really did a good job at making me invested in the characters. I love that Ray and Simon are unapologetically themselves, and I love their obsessions–Simon with milk and Ray with history. As a school counselor, I believe these books are so very important. Representation matters, and we need to normalize mental health conditions to fight the stigma and raise awareness with the goal of preventing fatal outcomes. I will definitely add this book to my collection.

I received an ARC from First To Read through Penguin Random House LLC in exchange for an honest review.

A poignant, deeply funny coming-of-age story about first love, first loss, and the power of history to give life meaning.

History buff Ray knows everything about the peculiar legends and lore of his rural Connecticut hometown. Burgerville’s past is riddled with green cow sightings and human groundhogs, but the most interesting thing about the present is the new girl–we’ll call her Jane Doe.

Inscrutable, cool, and above all mysterious, Jane seems as determined to hide her past as Ray is to uncover it. As fascination turns to friendship and then to something more, Ray is certain he knows Jane’s darkest, most painful secrets and Jane herself–from past to present. But when the unthinkable happens, Ray is forced to acknowledge that perhaps history can only tell us so much.

Mixing humor with heartache, this is an unmissable coming-of-age story from an exciting new voice in YA.

Add it to goodreads here.

Do not read further if you don’t want to PLOT SPOILERS!