Yes, I censored that word, because I think it should be a bad word in the romance community! It implies shame, and I refuse to use it. Am I against different types of covers? No, not at all. But they need to be called special editions or alternative/alternate covers. It’s really that simple!
Bringing you #AbsCoversAppreciation as much as possible 💁🏻‍♀️
I’m seriously loving the Campus Wallflowers series from @rebeccajenshak that’s centered around a great girl group that don’t like jocks, yet are being won over one by one 🤣
Happy Release Day @rebeccajenshak I loved every moment of this book!!! Full review is up on the blog (link in bio)
Jake and Tiernan were so messy. This freaking book 🙃
The How to Date a Douchebag series from @saraneyauthor gets me every time. Specifically how hard Zeke falls for Violet. Grumpy/Sunshine at its best!!

Welcome, welcome to Caraval…all games must come to an end.

Meanwhile, Scarlett has started a game of her own. She’s challenged Julian and her former fiancé, Count Nicolas d’Arcy, to a competition where the winner will receive her hand in marriage. Finaly, Scarlett feels as if she is in complete control over her life and future. She is unaware that her mother’s past has put her in the greatest danger of all.

Caraval is over, but perhaps the greatest game of all has begun―with lives, empires, and hearts all at stake. There are no spectators this time: only those who will win…and those who will lose everything. . .

I love this series so much. The magic and darkness are mesmerizing. I fell in love with Scarlett in the first book! I was so invested in her and Julian, but that second book left me so unresolved. Luckily, the second book brought me Tella, Dante, and Legend, which was a crazy amazing story line. Now we get book three and we can find out what happens to them all! I love that the characters are messy and struggling with difficult choices throughout the Caraval.

The world Stephanie has built is so magical and unlike anything else I’ve ever read. Each small facet adds to this spellbinding story. The twists and turns will keep you enthralled to the last second. I don’t want to spoil anything, so I would recommend that you read this whole series ASAP!

Thank you to Flatiron Books and NetGalley for the eARC in exchange for an honest review!

Add it on Goodreads here!

I didn’t want to finish it, because I was enjoying it so much, but I couldn’t stop reading it. There were twists and turns, magic and mayhem, and so much love. Crimson, oh, I’m sorry, I mean Scarlett, was a wonderful character to follow throughout this story, as her growth unraveled nicely. I loved the side stories that played into the main story line, and all the different ways the characters were connected. I was really invested in the what happened to the characters, and I loved the world Stephanie Garber built. At the end, I felt closure to the story, but I also wanted more of this would. Specifically, I wanted to learn more about the elusive Legend. I’m beyond excited for Legendary!! 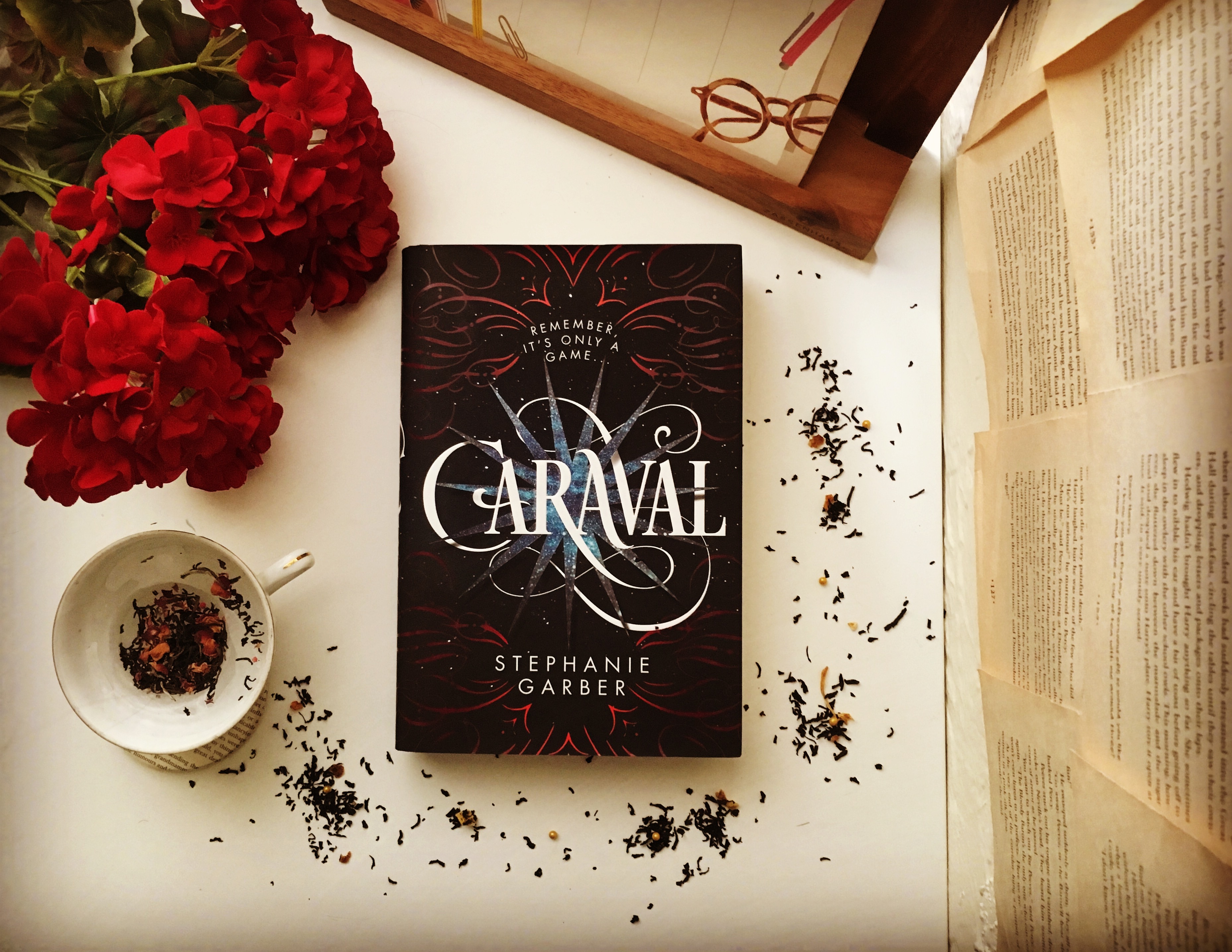 Do not read further if you don’t want to PLOT SPOILERS!